Last Updated on December 20th, 2019
By: Know Your Grinder

Tipping is no doubt one of the controversial topics in our culture. Everyone has a position on whether they should tip that little bit extra or not.

Some understand and want to give that little bit extra in praise of good service, and others simply feel obligated based on their server’s low wage, and some think they are clever by reciting the same points as Steve Buscemi in Reservoir Dogs.

While tipping widely and reluctantly accepted in the restaurant industry, it has yet to reach that level of understanding in the coffee industry.

For the longest time in North America, coffee has only been presented and served in the context of convenience. Dunkin’ Donuts, Tim Hortons, and eve diner coffee were all people had to understand what coffee is all about.

Now coffee is in an exciting and weird place in the West. Consumers are gravitating towards quality and are showing a willingness to pay for that finer cup of joe.

Roasters and speciality coffee shops are opening up everywhere. They are taking business from Starbucks and McDonald’s, so much so that you see McDonald’s desperately putting up posters falsely claiming that consumers pay more for latte art.

Clever, but those customers aren’t coming back. Sorry, Ronald.

Now, let’s think about why they feel the need to put those posters up. As stated before, it’s quality and care they are competing with.

For the first time in North America, speciality coffee, made from expensive green beans, roasted with care, served by someone who has obsessed and laboured over temperatures, grinds, techniques, extraction and brew methods, have finally become a common and very real option for the average Western consumer.

Speciality coffee baristas are professionals, trained, educated and passionate about their respective craft.

They have years of service experience and often times a genuine passion for customer service that you may come back for, even if you don’t fall in love with the coffee.

Latte art takes a long time for baristas to learn and calibrating espresso (wet weight, dry weight, dosage, grind size, water volume) can give the most seasoned of baristas a headache.

Often times they are doing this for next to nothing. Speciality coffee isn’t fast food, it’s science and hard work.

When you go to your favourite bar after the working day (which you’re probably wouldn’t have gotten through without a coffee.) you are likely going to tip close to a dollar per-beverage. You do this for someone who barely knows the product, to pull a lever and hand it to you.

The level of care and work does not equate. 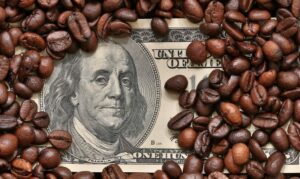 Unfortunately, owners have problems. They can’t always afford to give their best staff a living wage.

Some can and choose not to, which is morally questionable in itself. However, that is besides the point.

The cost of living, which determines a living wage, is skyrocketing in many cities and it seems that a living wage is will continue to rise for the foreseeable future beyond anybody’s control.

It was calculated that the living wage in the city of Ottawa is now 22-26 $ per hour and one can only assume its even higher in cities like New York, San Francisco, Chicago or Toronto. 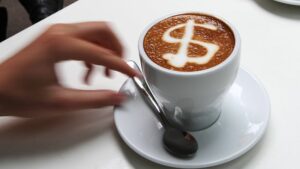 Even if a barista can make close to that, it is still an extreme rarity to get benefits or a workplace pension in the coffee industry.

So the question remains, how much are you willing to pay for your cup of joe? I’m guessing it’s not 6$ for a drip?

The fact of the matter is, because of this reluctance and precept to cheap coffee, most baristas do only make the minimum wage.

Alas, as basic maths would tell you, it’s still not enough.

There are some companies that will even introduce craft beer as a menu option in order to justify paying baristas a server’s wage. That should be regarded as nothing short of criminal and we should wish nothing but bankruptcy for those employers.

Historically, tips have always been about compensation for unfair wages. Sometimes even to recognize lack of wages.

In 17th century America, it became popular during slavery. Guests and friends of rich slave owners would often tip the slaves, in what some would consider a progressive rebellious act against the servants forced disposition as a slave.

Though it should be considered that an element of classist/racist showboating probably played a part in their actions.

Earlier 15th century England tipping began as a means of paying impoverished servants in the homes of aristocrats, and later spread to the magical coffee houses of London (which is an article for another day).

In one of my sit-downs with a Canadian buisness owner, we discussed how some coffee employers either; don’t allow tips to be advertised, withhold tips, illegally take a cut, put them into benefits or pay less wage because of tips.

In that conversation, he very passionately stated to me that “it’s none of their business.” 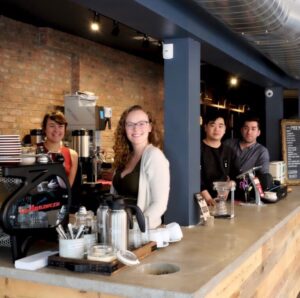 He doesn’t believe owners have any moral ground in trying to make executive decisions regarding tips. It is simply nothing of theirs and should not factor into their business plan or operations.

I also spoke with some working owners (as in owners who work behind the bar with staff) of local cafés in Kitchener-Waterloo and Cambridge called Show and Tell, Special Delivery and Okay Great.

They said to me that they take their share of the tipping pool and put into a pot to help staff further their respective coffee careers, while staff still earn their share of tips. This may be the most shining example of ethical business owners approach to staff tips that can be found.

Maybe you are still cynical the price should be the price and labour should be apart of that, and if they want to make more they should simply pick a different career.

You’d certainly have an argument. But I encourage to think about this with more empathy.

The coffee shop you go to tomorrow morning, please consider, that the barista you wake up to see, woke up 2 hours earlier than you, to get all the coffee brewed and ready for you to start your day with a smile, pleasant conversation and a good cup of coffee.

They do this because they love it. They love the product and serving you, and they do it for next to nothing. 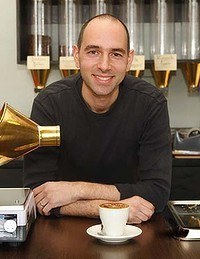 So give little extra show, you appreciate them.

After all, the origin of the word “gratuity” is just that, a Thank you.

Keyword there is free.
Tipping, It’s a gracious act of appreciation.
Not a deal or reward. 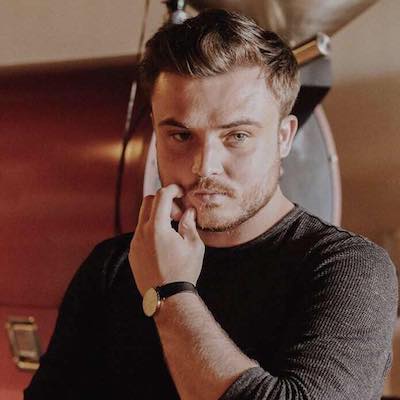 Liam Eales is a freelance coffee consultant currently based out of Ottawa, Ontario. A seasoned traveler, he’s written several articles on North American coffee culture and has a marked passion for blending history with third-wave coffee culture. Liam is especially fond of pour overs and striking up interesting conversations with strangers.