Are Coffee Grounds Bad for You?

Bad for you?  Not only are coffee ground not bad for you, they’re really, really good for you!  Well, that is, if you’re not chowing down on a big pile of used coffee grounds.

A day might come where coffee grounds are something you can ingest directly, but don’t put them into your smoothies just yet.

The Health Benefits Of Coffee Grounds

There is an educational institution in the United States that is dedicated to the study of coffee.

It was recently discovered that leftover coffee grounds have many uses that will promote better health, including many vitamins and minerals that we previously did not know about, according to Tomas De Paulis, a research scientist at Vanderbilt University Center for Latin American Studies.

Researchers discovered there were rich antioxidants lurking in the leftover grounds.

They are working on a method to extract the antioxidants from the used coffee grounds so it can be mixed in with our foods.

As we mentioned, that delicious day where we can snack directly on coffee grounds is coming, but for now we have to settle for slightly indirect ways of reaping their benefits.

Coffee Grounds Are Rich In Antioxidants

Arabians began brewing coffee around 1,000 A.D., but it wasn’t until they began to cultivate it for trade that it spread around the world.

So has coffee always contained these healthy antioxidants? Yep. Humans have been drinking down its disease-fighting antioxidants ever since.

Antioxidants block free radicals from damaging cells, especially those that may lead to cancer.

Over the years, there have been over 19,000 studies exploring the possible health benefits from coffee.

Coffee is one of the most popular drinks on the planet, and a rich source of antioxidants.

Researchers have only now sifted through the grounds in search of benefits. Maybe we shouldn’t be throwing those used coffee grounds away.

Study co-author, María-Paz de Peña and her research team, used three different methods for releasing antioxidants from the grounds, and after they tested the concentrations, they found some extracts have higher levels of antioxidants than the amount found in a steaming cup of liquid brew. 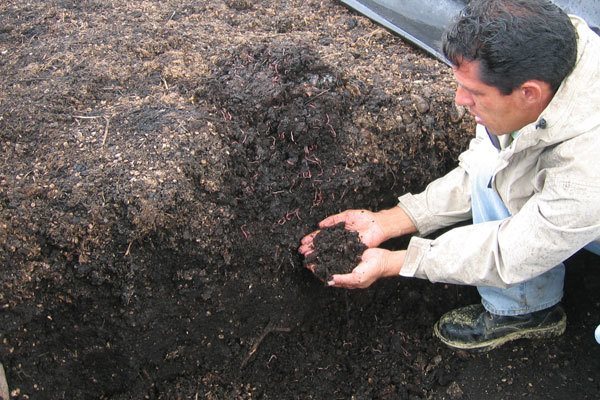 Worm-composting-coffee Grounds Program
Previous research has proven coffee’s antioxidant properties in the past, but until now the benefits lurking inside the lump of wet brown grounds went unknown.

It turns out, antioxidants travel through each stage of the brewing process, from bean to hot liquid to coffee grounds, stabilizing free radicals along the way.

The benefits from coffee become more potent after roasting, and there may soon even be an extract to add into other food products, thanks to the American Chemical Society‘s new extraction process.

While some antioxidants are made naturally within the body, other types can only be obtained from outside sources, such as daily diet and dietary supplements.

They’re also half as likely to develop diabetes by lowering blood sugar level and increasing metabolism.

“For most people, very little bad comes from drinking it, but a lot of good.”

The researchers at Vanderbilt University practice what they preach.

One of their campus coffee shops is called, “Common Grounds”, with a particular emphasis on using biodegradable /compostable products.

Another coffee hangout on campus is called, “The Last Drop Coffee Shop” located in the Sarratt Student Center.

Coffee, tea, smoothies, and frozen yogurt are just some of the fine offerings available to the staff and students.

You can even buy fresh fruit, homemade soups and salads – anything to keep this university’s population healthy.

If you are lucky enough to brew your own coffee at home or if you work in a coffee shop, consider using the use grounds in your garden or compost pile!

Coffee grounds are rich in nitrogen and other minerals.

Over 400 million cups of coffee are consumed per day in America alone.

Think of all the grounds that are wasted, just waiting for you to use them for better health.

Coffee grounds are both acidic and nitrogen rich.

If your garden soil is highly acidic, limit your use of the grounds or you can mix the grounds with a lime powder to reduce the acid content.

Otherwise, sprinkle the grounds around your plants and watch what happens to your azaleas and blueberries.  Just before a rain or watering is best.

Dig the grounds into your soil to speed up the process.  Don’t go crazy though. Too many moist coffee grounds can encourage the growth of mold and fungus.  Everything in moderation.

You can also produce your own fast-acting fertilizer for your plants.  About ½ lb. of wet coffee grounds with five gallons of water should do it.

Allow the mixture to sit for 24 hours and then you’re ready to fertilize your indoor and outdoor plants with your new fertilizer.

Coffee grounds have also been known to keep pesky pests and pets out of the garden as well.  Place coffee grounds and clean, dry egg shells at the base of the plant to deter insects such as slugs.

Sprinkling the grounds throughout your garden is said to keep cats away due to the smell of the grounds.

Used coffee grounds can also be used as the medium to grow mushrooms.  Simply place used wet grounds in the base of a jar or other container.

Place a mushroom “plug” into the grounds.  Continue this process until the container is full.  You should start to see growth within a few days.

If mold develops simply remove it to keep it off of the mushrooms.

If you have a vegetable garden, try mixing coffee grounds with the seeds of carrots and radishes.  More magic will come your way!

Coffee grounds, coffee filters, and tea bags are ideal to add to any compost pile.  Coffee grounds are considered part of the green feed stock (nitrogen wet materials) you place in your compost.

The addition of coffee grounds to compost piles aids in the nitrogen balance. Worms will love you!  The grounds are a great source of food for the worms.

If you want to learn more about using coffee grounds in your garden, this next video really does a great job of breaking it all down for you.

Where Can I Get Free Coffee Grounds For My Garden?

If you don’t drink coffee and have no grounds, many places are willing to save the grounds for you.

Starbucks introduced “Grounds for your Garden” in 1995, which offers their customers complimentary five-pound bags of used coffee grounds to use in gardens and composting.

Most Starbucks keep their grounds in separate bags from their other trash, so it is always available.

Other local coffee shops may be willing to keep the grounds if you provide a storage container with lid and agree on a regular pick-up.

You could ask your neighbours and friends to save their grounds for you.

You will be amazed how quickly you can gather coffee grounds. Don’t bother drying them out or breaking apart clumps.

Simply spread the grounds around your yard or garden with your hands or a scoop, and enjoy the results!

Many studies have been done on the health benefits of coffee over the years.  Similarly, caffeine has been studied extensively.

Coffee drinkers need to be aware that caffeine is only one compound found in coffee.  There are many others such as antioxidants and multiple vitamins and minerals.

It is probably safe for people who don’t smoke and who don’t have any other health problems, to consume up to 4 cups of coffee per day, and be fine, if not healthier, because of the brew.

What Is Vitamin Coffee?

In fact, there is coffee which is available now which is being dubbed “vitamin coffee”, or “fitness coffee”.

This is coffee that gives you even more of a kick, not just in terms of the caffeine and antioxidants, but a few more supplements.

Think of it as vitamin water – but instead of water, its coffee.

As we just mentioned, coffee is already full of vitamins and minerals.  The average cup of coffee contains:

This so-called vitamin coffee often contains extra B vitamins and essential minerals.  Might be worth a try!

Thoughts on "Are Coffee Grounds Bad for You?"