Today I had a tough decision to make, I wanted a tea but I was also craving a frappuccino of some sort from Starbucks.  I know what you’re thinking… “Basic white girl”.

However, I thought it was fate when I noticed on the menu that Starbucks had a frappuccino called “Green Tea Frappucino”.

Before you continue reading, please, don’t get me wrong.

I am a huge fan of Starbucks and Teavana teas. When I received the drink and had my first sip, I thought to myself “this isn’t bad”.

The second sip immediately caused regret. Reminding myself of the tea I should’ve just bought (saving me $5.03). The third sip I had to spit it out since the aftertaste and the drink itself reminded me of grass. At that point, it visually wasn’t appealing to me anymore.

Personally, I don’t think that green tea and frappuccino mix well. Especially, half an hour later after taking those 3 sips.

My stomach wasn’t feeling it.

I wanted to get my co-workers opinion since I thought that it was just me, but the consensus was the same with my co-workers. Many of them cringed after taking one sip of the drink.

This drink is not for everyone. You can taste the sugar, which out weighed the taste of the green tea. It was like adding 100 grams of sugar to the drink (over-exaggerated obviously).

Like I said previously, this drink isn’t a fan favourite. I had purchased a “tall” (small) green tea frapp, which is approximately around 390 cals and contains 48 grams of sugar. 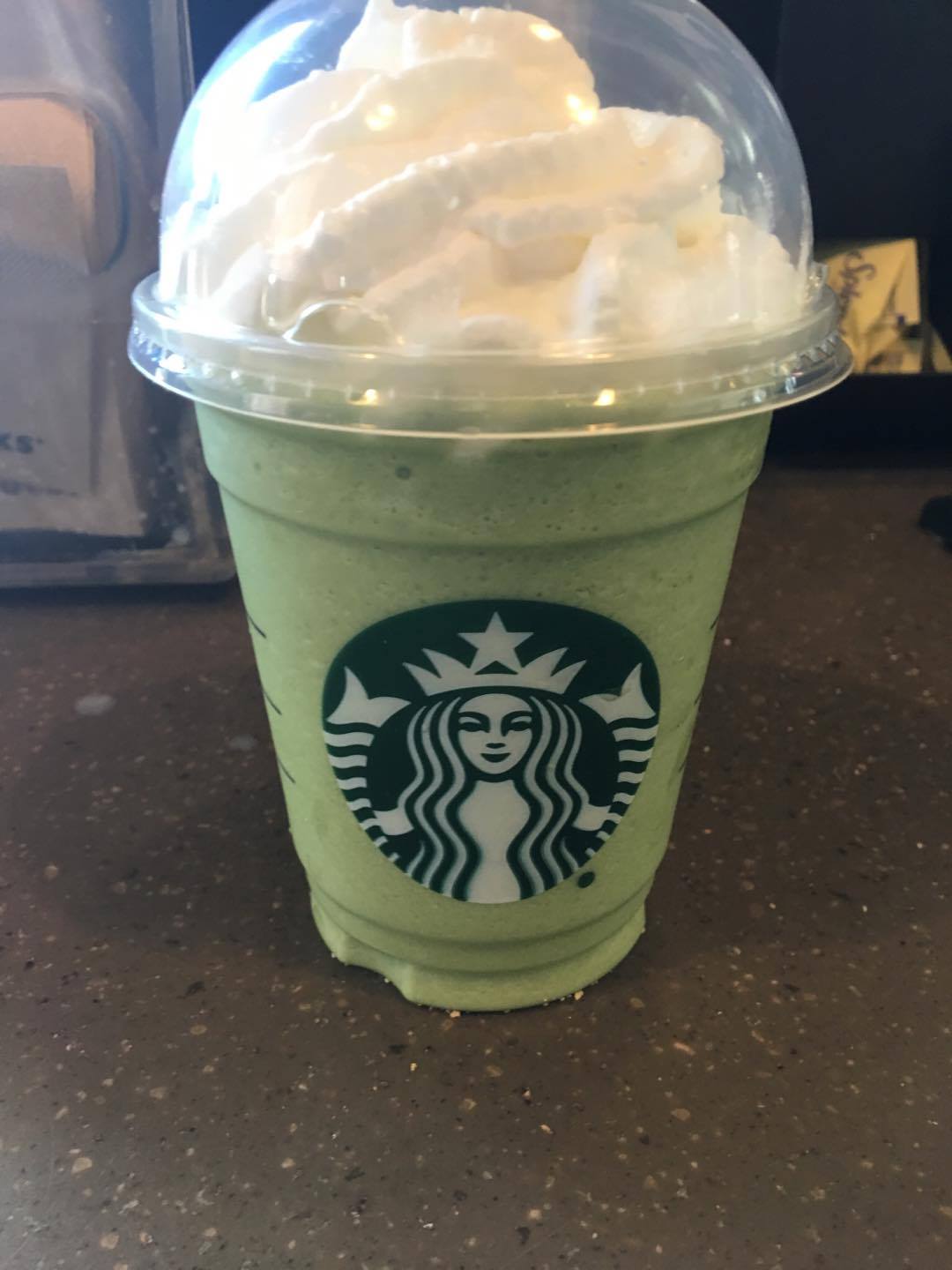 The texture of the drink was strange, also, it wasn’t really rich. Once it started to melt, I noticed that there was a bit of foam between the drink and the whipped cream.

Visually speaking, the green tea creme was a very green drink (obviously). I love the colour green. I was really excited about it at first. Imagine the disappointment when the drink tasted like grass clippings blended with sugar.

Strangely, I found myself debating whether to drink it or not. For some odd reason, it reminded me of my childhood. Especially the fond moments I had spent watching Shrek.

Questions You May Be Asking Yourself

How many calories in a Green Tea Frappuccino? ( I know this was answered above, but gathering all the questions and answers here makes sense. You’ll thank me later!)

The Green Tea Frappuccino has 290-390 calories depending on whether you add whipped cream.

Is the drink full of caffeine?

Is a Matcha Green Tea Frappuccino healthy for you?

The tea contains Japanese green tea and sugar. While the tea might be healthy, the sugar is not. That’s before you get the frappaccino and whipped cream, too.

I was trying my hardest to give it away to one of my co-workers but nobody wanted to have the green tea creme frappuccino and as I poured the drink down the sink, I realized it was all over now and that I didn’t have to have another sip of this terribly weird flavoured frappucinno ever again.  Seeya!